Geotheothermotopologists at the University of ...Whatever today confirmed that the trendy afterlife destination Hell, best known for its formerly fiery sulphurous ambiance and for its namecheck in the almost entirely forgotten Dee C. Lee's actually literally entirely forgotten 1986 chart hit "Come Hell Or Waters High", has completely frozen over, contrary to most pundits' predictions.
"The whole damned place just froze over smoother than a Ken doll's pubic region," remarked local resident Ronald Reagan, 99, adding "Now, where did I leave my car keys?"
According to initial reports, Hell's kitchen is closed until further notice, Hell's teeth are chattering and Hell's bells have been rendered inoperable due to paralysed clappers.
Experts note that many of the quaint local customs for which Hell is renowned, such as toasting marshmallows, Tales of the Unexpected-style nudie dancing, and screaming in unconscionable agony for the rest of eternity, will have to be suspended due to the unexpected change in temperature and conditions underfoot. It is understood, however, that the tannoy broadcasting on a loop of the unabridged audiobook version of The Fry Chronicles will continue unabated, and possibly even turned up a bit.
Negotiations are also underway to move the filming of the next series of ITV1's Dancing on Ice to take advantage of the big freeze in Hell, where host Phillip Schofield already has a second home.
"Now that Hell has finally frozen over," said one startled onlooker, "a lot of people are going to have a lot of shit to do that they were pretty sure they weren't going to have to do."
Chris Moyles is 36.

Meanwhile, in related news: I have joined Twitter.
So follow me follow / down to the hollow / and there let us wallow / in shit. -- Actually I'm having a lovely time so far. No doubt once the novelty passes, in about twenty minutes or so, it'll suddenly start to feel like being perpetually nattered at by 70 old women in the eye screening waiting room at Homerton Hospital: which is effectively what it is, but online. But for now, it's big fun. In the last few hours, I have been Alex Kelly's little helper, I have said something nice to Sam Amidon, and I've essayed a fragment of fanciful comedy about cauliflowers: and now I'm being followed by Kim Noble, the Britten Sinfonia and a life coach from Washington DC who appears to have fallen asleep on her 'follow' button.
Hopefully, and presumably, this curious Twitterwards lurch (not entirely out of the blue, but probably a little surprising to some readers hereabouts) won't affect normal service at Thompson's. I'd be dismayed to think that much of what I've posted here over the past four years could all along have been expressed in 140 characters or less. It's not taking up all that much of my attention, anyway. Honest.
Off to Oxford tomorrow for more Authorage -- not to be confused with this (oh, man, what a song! -- haven't thought about that for ages) -- and thence to Bristol. (See, I won't be saying 'thence' on Twitter, will I?) So I'll try and check in from there. Am incubating a big post about theatre -- you may remember that's an occasional interest of mine -- but there's lots of other stuff in the in-tray at the moment (not because I'm in demand or anything, believe o verily believe you me, just because I'm doing such a bad job of getting it out of the in-tray and in to the out-tray) so I don't know how quickly that'll see the light of day.
Otherwise: Whitechapel gig on Sunday (as per my last post); more exciting work with Jonny Liron; greatly enjoying Big Babies and Little Howard's Big Question on CBBC (who says kids' tv has gone downhill?) and sort-of at-a-stretch enjoying a box set of Season 5 of Juliet Bravo; listening to the slow grinding of wheels as we continue to attempt to cast the Pinter double-bill in Bath; getting belatedly acquainted with the excellent Add N To (X); and looking forward very much to getting stuck into this, once I've picked it up from the sorting office. And I just made a really nice omelette, thank you very much. Can't wait to tell all my new friends on Twitter. The Britten Sinfonia will be so pleased. I know my brunch habits are close to their hearts.
Posted by Chris Goode at 12:27 AM 3 comments:

Mostly I'm dropping in to mention this: 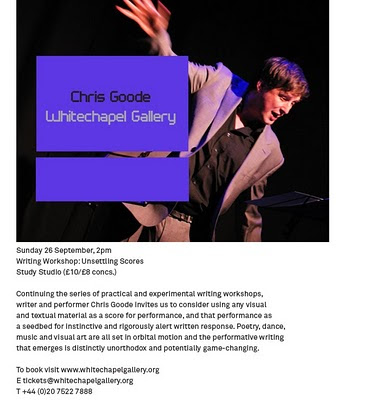 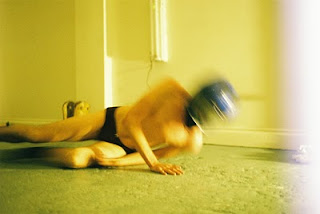 If you only read one fucking brilliant thing today... 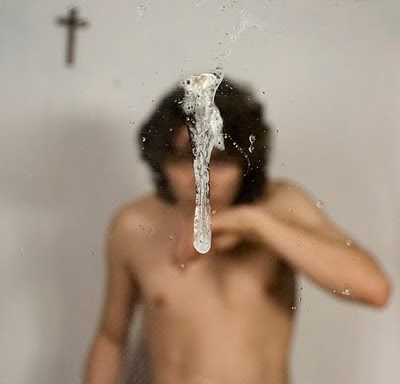 (Found at the awesome -- and awesomely NSFW -- Chocolate_Poire. Handle with care!)
Posted by Chris Goode at 9:55 PM No comments:

I think this is probably the second-worst review I've ever had on Twitter.
(But that's presumably only because hardly anyone was using Twitter when I made Hippo World Guest Book.)
How's everyone doing? I was aiming to do a proper post today but time and motion have defeated me.* So for now, in lieu of the usual schmusual, here's some music:
I never realised Neil Tennant had such a pronounced lisp. (L-I-S-P, pronounced 'lisp'.)
Back soon. xx
Posted by Chris Goode at 9:14 PM 3 comments:

* Also, the thing I mostly wanted to write about, it turns out I've already written about. (An increasing problem now that Thompson's is so long-in-the-tooth, in blog years at least.) There's an unbelievably boring and thoughtless conversation going on you-know-where about the current upsurge in theatre being made outside of theatre buildings. I spent an idiotic amount of time writing and then erasing comments over there, and eventually figured I'd say my piece here instead; but then I started producing a memory of having said it all before -- and so I had. It's towards the end of this post from January 2009. Am pleased and unnerved in equal measure to find that I still agree with something I wrote a year and a half ago... (Btw the conversation in the comments zone is worth a read, too -- fine stuff from compadres Jonny, Simon & Tassos.)
Posted by Chris Goode at 9:13 PM No comments:

Cinematographer / director Haskell Wexler, on being asked whether his films are always 'politically motivated':

Well, I'd have to address myself to the phrase, 'politically motivated'. I mean suppose a guy says, 'I make films where I make the best bucks, I make films where they pay me most, I'm most interested in entertainment and screw all this ideology stuff.' Now you couldn't find a stronger political statement than that, yet no one says that's a political statement. Whereas if I say, 'I make films that I feel are positive human statements that enlighten or enlarge man's view of life and of the earth and of one another', well that becomes a political statement. Now that's because our culture has adapted itself to accept consumerism, to accept the profit motive, to accept the personal selfish attitude as 'nonpolitical'...