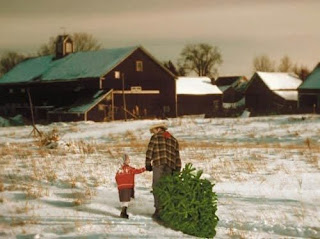 Yeah, no, I absolutely didn't know what to call today, as you can see. It's not quite folk, it's not quite country, it's mostly but not wholly instrumental... What it is, is the kind of traditional stuff that presumably gets played in Appalachian pottery outlets around this time of year in order to make Appalachian folks feel more in the mood to buy their loved ones pottery for Christmas. There is something about this kind of music that I wholly, unrestrainedly adore. When I'm barking and growling in these pages about the importance of avant garde this and experimental that and the hatefulness of American imperialist whatever, it may be hard to imagine that I also quite like the occasional snuggle-up with a mug of cocoa and Stuart McLean or A Prairie Home Companion on the wireless. (Actually you can probably believe the cocoa part. Lots and lots of cocoa, yeah.)
So: here is hammered dulcimer music! Here is a kind of bluegrass-lite take on "Joy to the World", a song that should always have banjos in it by law: for what says Quinapalus? Where there are banjos, there is joy, and vice versa. Here are Christmas accordions from an outfit actually called Christmas Accordions! How cool is that! -- not least because they seem to have only just discovered stereo and are pushing the antiphony for all it's worth, like one of those trippy old stereophonic hi-fi demonstration albums. And finally, look, who's that, riding through the snow? Why, it's Willie Nelson, sounding, it must be said, as though he may not actually laughing all the way. Perhaps the awesomely peculiar instrumental arrangement is making him morose -- through which accidentally left-ajar fire exit door did that organist wander in to the studio? But, look, every Christmas needs a bit of Willie, even if the idea of it is more fun than the actuality.
So, here you go: hit 'play', and you've got nine minutes or so in which to make a mug of cocoa / knit someone a scarf / whittle something-or-other / make assorted tree decorations out of locally-sourced lichen and dead owls, before returning to your regular life of urban anomie, vivisection and shouting at cars.
Tomorrow: all the fun. For now: adieu.
Track listing:
1 Mick Doherty & Lawrence Huntley: The First Noel
2 The Clarke Family: Joy To The World
3 Christmas Accordions: Let It Snow
4 Willie Nelson: Jingle Bells
Posted by Chris Goode at 7:00 AM