December 11th: Away in a Menagerie 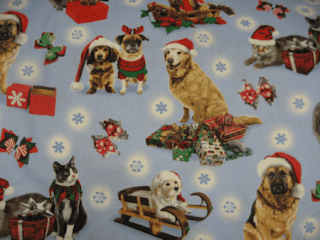 About the best thing I can say about today's assortment is that I'm really extraordinarily unlikely to cause controversy by using the word "genius" in introducing it.
Love animals? Love Christmas carols? And yet secretly, in your heart of hearts, detest both, along with yourself, your fellow creatures and all that is beautiful and good in the world? I mean despise and contemn everything around you with a frankly psychotic intensity that you sometimes think will lead you one day to commit a series of acts of indiscriminate public violence? Then today, dear munchkin, is for you: for today, we have Christmas songs sung by animals.
What this actually means, of course, is Christmas songs performed by humans: humans with zero regard for either Christmas or songs, or indeed music or art in general or you or me or whatever unnameable force it was that made the little sperms swim upstream towards the little eggs from which we grew. In the case of Dirk Keysser, this means clucking like a chicken (on his 2002 album Happy Clucking Holidays -- still available from reputable online retailers, despite, you know, ...everything). In the case of the Cowtown Chorus, it means altering the lyrics of Christmas songs to include almost neurotically insistent references to cow-related topics, while putting on voices that presumably are supposed to be somewhat redolent of, like, cows. (Though one can't help wondering who the male-voiced cows are, and what their role is in the production of dairy products.) You would think this album, It's A Cow Christmas (to which the only reasonable answer is, no, no it's really not), had been produced by the American equivalent of the Milk Marketing Board (the National Milk Processor Board, since you ask). But I can't find any evidence of it. This record seems to exist simply to service the hitherto untapped demographic of people who want to imagine that they're being sung to by cows.
The other three acts here are, presumably, one man with a fairly inexpensive sampling keyboard. In the case of the Jingle Dogs and Jingle Cats, I'm guessing, the same man. And to be fair, the Jingle Dogs song has had some care taken over it -- and it's also quite an interesting instrumental arrangement. Certainly by comparison with, uh, Frog Marley. And yet, cripes, what a snob I am. The Frog Marley album, A Froggy Christmas, has received a faultless five out of five five-star ratings on Amazon, whereas 12 out of 34 reviewers of Sonic Youth's album The Eternal thought it was only a three- or four-star record. So there you go. Sometimes I think it's a pity there isn't a carol called "Oh Holy Fucking Shit".
Anyhoo. Enjoy the animal antics today; they continue, you'll be glad to know, tomorrow, when we turn our bleary focus towards one particular species of rodent, before attempting terminal self-harm by overdosing on brandy cream and raw Paxo stuffing mix. See you in A&E, my dears.
Track listing:
1 Dirk Keysser: Winter Wonderland
2 Christmas Jingle Dogs: Ding Dong Merrily on High
3 Cowtown Chorus: We Wish You A Dairy Christmas
4 Jingle Cats: We Three Kings of Orient Are
5 Frog Marley: Croakin' Bells
Posted by Chris Goode at 7:00 AM