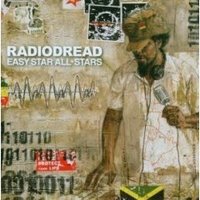 On the surface it looks like a "here today and - if I may say so - gone tomorrow" sort of novelty album: a reggae / dub whole-album cover of OK Computer. But it's got more going for it than that, partly I suppose because it smartly picks up on the way that Radiohead themselves have an occasional penchant for basslines that in other contexts would sound quite dubby, and for bouncing broken-down stuff all round the stereo field; for an example of both, see their original recording of 'Airbag'. The renderings here vary in approach and quality but the whole project is satisfying and in some ways quite compelling, at least in the new light they throw on a great album, just as Brad Mehldau, for example, has done with his Radiohead versions. The All-Stars' take on 'Airbag', with Horace Andy on vocal, is fantastic, and a sweetly upbeat 'Let Down' featuring Toots & The Maytals (yes, for real) is a treat. 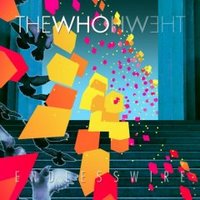 If you'd told me at the beginning of the year that I'd be including an album by The Who in my year-end greatest hits, I'd have taken you outside and thrashed you unrelentingly with my copy of The Wire (ironically enough). I've really never had any interest in The Who, except perhaps for their very early records -- up to but not including Tommy -- when the bombast was still inchoate and there was a kind of seething sinewy proto-punk energy to them that hadn't yet gone all Bloke Coke. I suppose why this record works for me is because in many ways they sound like a very young band on it -- a not particularly innovative or talented student band who nonetheless command a certain amount of admiration because of their willingness to go out on a limb. Endless Wire is sometimes preposterous and sometimes overblown (though occasionally those things work pretty excitingly in their favour, as with the irresistible anthem 'Mike Post Theme'), but it's the record of two immensely experienced musicians so hungry to do something new, to take some risks, that they occasionally sound almost inept, and it's hugely likeable for that. Good, too, in the promotional interviews around the release, to hear Pete Townshend allowed to talk about music for a change, rather than his credit card statement. 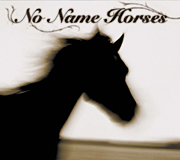 Difficult to say much about this natty Japanese big-band blowout, as I don't know very much about it, other than that the convening genius is Makoto Ozone, who will be familiar to some as pianist with Gary Burton's mid 80s quartet, on albums like Real Life Hits and Whiz Kids. Ozone's a truly brilliant pianist and one would wish to hear more from him on this album; he essays a bit of Hammond here, too, where I'm not sure he's quite so convincing. It's all pretty straight-ahead and Parky-pleasing, but there's room for that, right? The little I've turned up (in English) on the web suggests this band is hot stuff live, which I can well imagine; whether it's a longterm project for Ozone remains to be seen. On the whole I'd rather hear him in a small group setting but this is breezy fun to be getting on with. 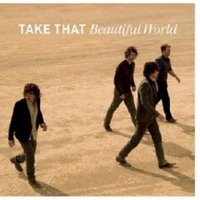 I had really mixed feelings about the Take That reunion, and I suppose I still do. Straight up, they were by any measure one of the two or three most important pop groups of the 90s in the UK and perhaps the most influential -- just look at how many copycat outfits emerged in their wake, all of them without exception missing the point... I wouldn't argue that more than a handful of tracks they recorded stand up to much scrutiny, though there are maybe half a dozen songs that do something special. But their cultural significance is greater than that of Oasis, Blur and the Spice Girls combined, and so much of that significance had to do with speed and fluidity and youthful liminality, I was worried that what we'd see would be a betrayal of what made them important. I've also -- as many Thompson's denizens will know -- been an avid supporter of Mark Owen's solo career, which has developed in the most unexpected and engrossing ways, leading most recently to a genuinely world-class album, How The Mighty Fall, fantastically produced by Tony Hoffer (Beck, Grandaddy etc.). There would obviously have been strong incentives, of all kinds, but I wondered whether falling back in with Take That was the right move.

Well, it could have been a lot worse. They're selling extraordinarily well, though I don't know (I mean, maybe they are, I really don't know) whether they're reaching a new audience. They're not quite as fleet of foot as they were but they don't look too Butlinsy and their vital signs are still way ahead of Westlife. They've talked interestingly and I admired the ITV documentary in particular. And best of all, the album really kind of works. The writing (much more equally collaborative, apparently, than in their Barlow-powered heyday -- though they were always more of a covers band, really, if you do the maths) is confident and shapely, and the singing especially is a mile away from the weediness of their earlier work, not least because of Mark's leaps and bounds since he whimpered through 'Babe' in front of a hysterically weeping nation all those years ago. The production is a bit thick and plodding and there's not much variation; it's hard to feel very excited by any of it. But it is easy to like, and to admire. For which, this ex-screaming teen is truly thankful.

If the above has enticed you in any way, just check twice before you pay the cashier: there's also an album called Beautiful World by the American a capella group Take 6, who can normally be found one divider up in the racks. I'm sure that's good too, I'm just saying... 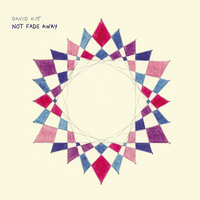 I've only just spotted a neat little connection here. A couple of years ago, I made a solo show called Nine Days Crazy, for which Mark Owen very kindly wrote a couple of (heartbreaking) songs; while we were waiting to receive them from Mark, we needed placeholders on the soundtrack, for which we used two tracks from David Kitt's album Square 1. I don't know whether the title of this new Kitt record is ironically intended: for a while he was a prominently slated 'next big thing', but his time never quite came, and just as he was on that cusp his music seemed to move into a more limpid pastoral mode, which I suppose wasn't what the tastemakers wanted. In a way, they were right -- Kitt's best work to date by far is his 2001 album The Big Romance, which found a really nice and notably distinctive laidback urban sound by setting his acoustic guitar among itchy, skittering beats, big stacks of multitrack vocals, and some bold electronic colourings -- and it seems as though Not Fade Away might be his acknowledgement that that kind of palette suited his songs and his affecting voice rather well, as it's that territory that he's returned to here to some degree. What's missing, for me, is that the songs themselves seem a little underdeveloped and not as interesting structurally as they've been in the past; but Kitt's an immensely appealing singer and musician and, whatever misgivings one may have, he definitely holds the attention throughout. I'm sure he knows really that never becoming the next David Gray or Damien Rice is doubtless the best thing that could have happened. Hopefully this new record will help to build his audience a little more.
Posted by Chris Goode at 12:08 AM