#36 Lindsey Buckingham, Under the Skin 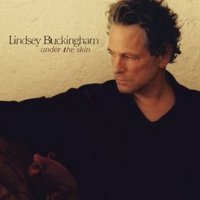 In what a great poet -- was it Sean O'Brien, perhaps?, I can't quite remember -- so memorably described as "this ever changing world in which we live in", one maxim remains irreducibly true: I'd really very much rather jack than Fleetwood Mac. (Imagine my surprise and delight when The Reynolds Girls released their jolly 1989 single, expressing an almost identical sentiment.) Actually, to be perfectly honest, I did, on its release, buy Tango In The Night, because, ah, I was young and burgeoningly theatrical and therefore a little in love with Stevie Nicks. It was only later that I realised the rhythm tracks were all created out of a single Fairlight sample of an eternally stamping jackboot (...or, rather, Fleetwood Macboot). Thing is, even at the time that I was swooning in my room to the (evident) strains of "Welcome To The Room, Sara", twenty years ago, the ladies and gentlemen of F. Mac seemed impossibly middle-aged, self-evidently in the twilight of their waning. And so it is with some surprise that I find myself eager to hail longterm F. Mac inmate Lindsey Buckingham as the author of one of this year's most appealing records. No, he hasn't teamed up with Odd Nosdam, no, he hasn't gone crunk (though at his great age I suspect he may do when he stands up too quickly). It's just voice and guitars, mostly; but it's gripping stuff, right from the start, when in "Not Too Late" he traces, over a turbulent bed of drily-recorded fingerpicking, an account of his career and present status that manages to be narcissistic and self-lacerating at the same time. It's all strikingly unvarnished, his voice is unflatteringly recorded, the songs are hardly ever professionally slick... the whole thing catches you from leftfield. Though it's not that similar musically, the artist I was most reminded of was (the much lamented) Warren Zevon; Buckingham doesn't appear to have a tenth of Zevon's wit, but this is obviously a frustrated and underrated singer-songwriter making his case with urgency and integrity, and it makes this list where a likelier candidate like Neil Young's Living With War doesn't.

#37 Tortoise & Bonnie 'Prince' Billy, The Brave and the Bold 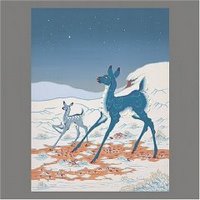 I'm writing way too much here, this is going to take more than a year if I'm not careful, I'll end up lapping myself in reverse. (An agreeable trick if you can do it.) Fortunately I can be succinct about The Brave and the Bold. This is an excellent record. There. I haven't listed BPB's The Letting Go, his more recent 2006 release, which I've not yet developed a real liking for -- it has lovely moments, but it seems oddly buttoned-up to me, a little bit circumspect, and I don't at all like Dawn McCarthy's voice (passim) I'm afraid. Proper fans of Will Oldham have tended, on the whole, to celebrate The Letting Go and demur a bit at this covers project with Tortoise, which they have seemed to find rather blocky and squishy in its textures (I don't believe anyone actually used either of those words, I'm just trying not to use daft descriptors like 'MOR') compared with the luxuriant spindliness and ranginess of classic Oldham. What I love about The Brave and the Bold, though, in general, is how surprising it is -- far more, for me, than anything he's released since Palace Music's Arise Therefore (which remains one of my top five albums like evah -- but that's another list). Tracks like "That's Pep!" and "Cravo e Canela" seem to be taking him by surprise -- as well they might. And the version of "Pancho" is almost without doubt the year's most unreservedly beautiful love song. And we haven't said this yet but don't Tortoise also sound more gee'd up than they have in a decade? I'd thought they were noodling themselves beyond the blue horizon and out to grass, and then this happens. Lovely. Bravo. Should be higher in the list. Never mind. Still. Look. I hardly wrote anything about this one. 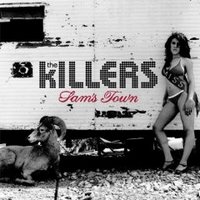 Given the unconscionable tediousness of almost everything related to Brandon Flowers, in particular his witless pronouncements about the strong and loving arms of Meerika The Beautiful, The Killers are an extremely hard band to like. But it turns out to be worth the extra effort. The boys generate a smart driving rock sound, with bags of high end for maximum antisocial iPod leakage, and a plainly instinctive grasp of how to put a song together. Flowers's vocals are for the most part generic alternative rock 'n' roll bleating, and seem desperately limited at times, but when he's in his comfort zone and the band are around him like the Jets around Riff in West Side Story -- as on the big (and enthralling) single "When You Were Young" and the coolly irresistible "Read My Mind" -- you can kind of understand how he makes weak hearts flutter. Quite unusually for me, I find myself tuning into the lyrics, also, and enjoy their almost Dickensian sweep and their flirtiness, particularly their keen amalgamation of sex and the city into one big pulsating idea for a good time. Something needs to change for them to become an important band, I'm not quite sure what, it's not on the cards yet, it's just the difference between their album three-from-now being truly great and being completely irrelevant. If they can figure out what it is, they should be unstoppable. If you're reading this, Brandon: the answer to this quiz question is not repeat not Oasis. 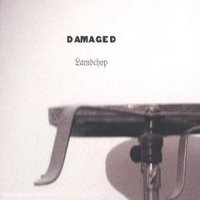 OK well this one I probably can do quite quickly. I adored early Lambchop and then round about What Another Man Spills we kind of parted company -- not acrimoniously, I just wasn't buying the Curtis Mayfield tip and we agreed to see other people for a while. So this is the first album since Nixon that I've given more than cursory attention to and I think it's very beautiful. The idiosyncratic sweetness of Kurt Wagner has resurfaced, the expressed worldview (and its musical wrapper) has lost much of the glib ironic doublethink that bogged it down for a while. The sound language furthermore seems entirely theirs, at last, rather than a confection of quotes and lifts and pastiches. Songs like "A Day Without Glasses" and "Beers Before The Barbican" are redolent equally of poetic, political and romantic ardour, and that's just what's required. Just when I was starting to think I never needed to hear another Lambchop album, I did, and now I do.

#40 I'm From Barcelona, Let Me Introduce My Friends 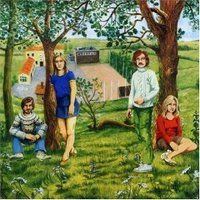 A (very) little research indicates that there are 29 members of I'm From Barcelona, which is one more than The Polyphonic Spree at their largest. I take this to mean that IFB could take TPS in a fistfight. Good. (Of course there probably ought to be some weighting to the calculation, given that it's Swedes versus Americans -- but, come on, it's two in the morning, what do you want from me?) I think it's the cultishness that eventually put me off the Spree, though they're cracking live if you're in the mood: but the good thing about I'm From Barcelona is that they sound like a gang rather than a sect. (As the Pitchfork review appositely says: "One of these voices could be yours.") Their music is ragged and infectious at best, slightly twee and overweening at worst; it's also various enough to hold the attention across a whole album, where other large combos are often susceptible to creating too-thick textures which become monotonous and eventually indigestible. I'm not totally crazy about the album -- it's just a bit too likeable, perhaps -- but we should enjoy IFB while they're around, before they either become economically unviable or (more likely) a band made out of 30 Albanians runs them out of town with the sticks and the yelling.
Posted by Chris Goode at 2:50 AM