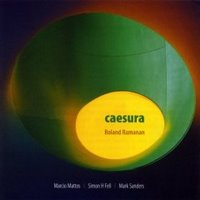 Trumpeter Roland Ramanan was responsible for probably the five most sensationally exciting minutes I ever had during three years in the cockpit at CPT, when he very kindly agreed to gather together his quartet (Marcio Mattos, Simon H. Fell, and, on that occasion, Tony Marsh in for Mark Sanders) and play on the opening night of the theatre's second Total Writing Festival. They brought their masterful set to a close with a precarious hurtle through 'Break', from Ramanan's previous Emanem disc Shaken; it made the journey down Carsten Holler's tallest Tate helter-skelter feel like points failure just outside Lewisham. As I recall, my reaction, qua impetuous MC, was to attempt to solicit sexual congress with any audience member who was up for it: but of course no one volunteered because they'd quite literally all just come. Caesura, recorded in 2003 but only this year released, is a less immediately approachable record than its predecessor, setting out large, sometimes thorny, arguments, and working hard in the opening tracks to test the faultlines of more ambitious structures. The cross-conversation between Mattos and Fell is particularly engrossing, given that neither of them is capable of an insipid gesture or prefabricated thought; and Fell's solo, 'Marcel Duchamp', is beyond jaw-dropping: you may lose control -- or even occupancy -- of your entire face. Ramanan is making music of real stature and relevance, and deserves the widest attention and the warmest encouragement. 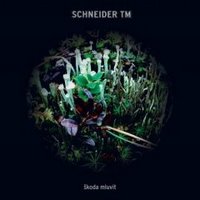 Wow, some people really hate Schneider TM (or Dirk Dresselhaus, as his mom knows him): I've seen a couple of stinging reviews of his stuff. Which I just can't understand. The worst you can say about him is that not everything he turns his hand to comes off: which is probably, in the end, rather a good thing. Not least in respect of doorknobs, obviously. Skoda Mluvit (apologies for the lack of the appropriate diacritical marks but I still can't work out how to do them) is a drop dead delovely record from beginning to end. If you haven't heard Schneider before, pretty much whatever you care to imagine is bound to turn up in the mix somewhere, though not in the company you might expect. One moment he sounds like he might be regurgitating Holger Czukay through a Markus Popp filter, the next moment he's got Capitol K locked in a carnal 5/4 waltz with Alog, the next he's holding Gastr del Sol hostage with Matmos's glue-gun. And yet there's no moment where it would be remotely hard to believe he thinks he's actually Prince. Stand-outs are the laidback playground song "Pac Man / Shopping Cart", which could easily be from a German remake of Midnight Cowboy (and Lord knows it's about time we had one of those); and the baffling "The Blacksmith", a little hip-hop diadem which sounds like it was assembled by someone whose only knowledge of popular music came from reading a David Toop essay printed out during a low toner alert. Top hole. 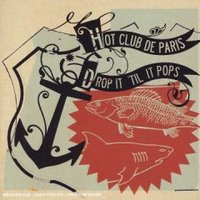 Hah! Let's blow off this dumb record-reviewing waste-of-time and make a record ourselves. Yeah! A brave, ruthless, rapscallious outspew of a record with neat song titles, perhaps. Cool! We could re-record "Deck the Halls With Boughs of Holly" as a sea-shanty by the Sweet and then pretend to be a Pavement tribute band and do a cover version of it called "Shipwreck", it'll be ace, don't forget to bring that glockenspiel you're propping your desk up with. ...What? It's already been done? Gee. What are the odds. OK! I've got another idea. Let's reform Sebadoh, but way way off in the distance, and then stand in front of them and shout, but with barbershop harmonies and that fuzz pedal we nicked off the Beatnik Filmstars. Maybe we could use one of those online Manic Street Preachers lyrics generators, set to 'stun'. ...What? That's already been done as well? Crikey. What can the matter be? Who keeps getting there before us? Could it be Sarge? Rosemary the telephone operator? Henry the mild-mannered janitor? Nope, none of them. Oh wait. Look, under here, there's a tiny scribbled note that says "Warning. Hot Club de Paris have come to save guitar rock from the twin menaces of guitars and rock, but so as not to excite suspicion, they are continuing to base their approach largely on guitars and rock. Bounce up and down if you want but do not try to dance, you will sprain your ankle, your pelvis and possibly your cat." Right. What shall we do now? 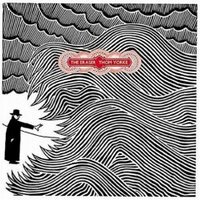 You don't have to read a lot of Thompson's, or of any of my critical writing that's cropped up in other places, to know that I hold Radiohead in very high esteem indeed. The critical thing is, though, they are, in common with all truly great bands, way more than the sum of their parts. Radiohead is not just Thom Yorke -- nor Thom Yorke and Johnny Greenwood plus back-up band, as some of their middlebrow admirers erroneously think. The Eraser confirms this, and that's a good thing. To a degree the real disappointment is how like the Radiohead of Kid A and Amnesiac this record is: but it's faintly ludicrous to talk about disappointment in discussing such a well realized album. There is a flatness of dynamic and structure which means that the record as a whole exerts too little pressure on the listener; the trope of the restlessly neurotic (or paranoid) machine that Radiohead have done so much to help us imagine here comes to seem almost placid in the disinterested synthetic environments it establishes, even as the anger builds through "And It Rained All Night" and the needling "Harrowdown Hill". But it's an interesting sequence of songs, meticulously compiled and unyieldingly achieved, and as ever it's instructive to recall the distance from Pablo Honey to The Eraser: only a small handful of artists have been so intrepid. 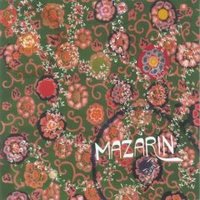 I'm not quite sure what to suggest. I'd really like you to listen to, and ideally fall in love with, this boundlessly attractive record, particularly if you've never slept in an oxygen tent at the edge of Lake Manasarovar, say, or swum with dolphins and McFly at the same time. I think your life would be enhanced by it, as mine has been. But it's now December 16th and, according to their web site, Mazarin cease to exist on January 1st. So what's the point of falling in love with a band on the cusp of terminal expiry? Surely it can only lead to heartache and, in severe cases, alopecia. So look: if you want to bask in the ecstatic loping of "Another One Goes By", recalling the classic pop of The Chills or Another Sunny Day, or surrender to the textural pleasures of "Schroed(er)/inger", an instrumental that both Joe Meek and Wagon Christ would immediately understand, on your own (possibly soon to be slap-) head be it. On the upside, all the indications are that the prime mover of Mazarin, the commendably named Quentin Stoltzfus, will eventually surface in some other incarnation. This sounds like a very good plan indeed.
Posted by Chris Goode at 1:16 AM

I just came across a review of my album Caesura on Chris's blog and was heartily warmed, flattered and very amused by his OTT description of our concert.