Strive for perfection in the hope of

I will write a tiny bit about Edinburgh in a few days, when it's all properly over and I've slept a little and I'm back at my desk.

In the meantime, I thought I'd post here a couple of things that may be of interest to some readers:

Firstly, the texts from the bathroom section of Where We Meet, the home-performance piece we've been trying out this past week. These five texts are heard issuing, barely decipherably, from a little dictaphone by the side of the bath. They're developed from a variety of sources including Book I of Euclid's Elements (with which I'm becoming a little obsessed at the moment) in #2, and the journals of Donald Crowhurst in #4.

Secondly, I thought I'd post here something I wrote for an event that's been taking place at Dennis Cooper's blog this weekend in memory of an incredibly talented artist and provocateur, our friend and comrade Antonio Urdiales, who died very recently at the age of 26. Just one of the million bizarre and beautiful things I associate with Antonio (Tony to those who knew him better than I) was a curious eruption some years ago of comments from Antonio convulsively expressing his strange obsessive love/hate/hate/hate fixation on Shirley Bassey, and it was that which prompted my text. I wrote it pretty quickly in the middle of distracting Edinburgh chaos, so it's not the greatest thing I've ever done and it's too full of the things I do too much or too often when I'm writing in this mode. But I liked it anyway and I'm sad about Antonio and I thought I might as well put the piece here too in remembrance of an amazing young man.

Please enjoy one or both if you can, and I'll check in again as soon as I'm able.


FIVE ETUDES FOR BAS JAN ADER (from Where We Meet)

(ii) A question is breadthless length.

(iii) The ends of a question are birds.

(iv) A heroic question is a question which lies evenly with the birds on itself.

(v) A sky is that which has length and breadth only.

(vi) The edges of a sky are questions.

(vii) A night sky is a sky which lies evenly with the heroic questions on itself.

(viii) A night dream is the inclination to one another of two questions in a night which meet one another and do not lie in a heroic question.

(ix) And when the questions containing the dream are heroic, the dream is called beautiful.

(xiii) A horizon is that which is an extremity of anything.

(xiv) A naked man is that which is contained by any horizon or horizons.

(xv) A memory is a naked man at night contained by one question such that all the heroic questions falling upon it from one bird among those lying within the naked man equal one another.

(xvi) And the bird is called the center of the memory.


The sadness ate the words.

The sadness that the man felt ate the words.

The sadness that the man that the great sky taunted felt ate the words.

The sadness that the man that the great sky that the clouds darkened taunted felt ate the words.

The sadness that the man that the great sky that the clouds that the winds blew darkened taunted felt ate the words.

The sadness that the man that the great sky that the clouds that the winds that the voyage required blew darkened taunted felt ate the words.

The sadness that the man that the great sky that the clouds that the winds that the voyage that the work compelled required blew darkened taunted felt ate the words.

The sadness of the memory.


He says reason for system to minimise error.
He says system of books reorganising perfectly.
He says hermits force unnecessary conditions on themselves.
He says wrong decision not perfect time.
He says clocks think no need worry.
He says about time plus or minus but only elapsed time.

He says very difficult not impossible.
He says strive for perfection in the hope of.
He says if game to put everything back where is back?
He says cannot see any purpose in game.
He says must resign position.
He says if set myself impossible task then nothing achieved by game.

He says understand exact position of concept of balance of power.
He says it is the only one way of expressing hope.
He says only requirement for have new set of rules is that there is some.
He says no game can devise is harmless.
He says no man may do more than all that he is capable of doing.
He says I am what I am and I see the nature of my offence.

He says I will resign the game there is no reason for harmful.

PRINCIPLES OF DIVINE RHYTHM IN THE END TIMES
for Antonio


“i just slit my wrists in SO MANY DIFFERENT FANTASTICAL DESIGNS” 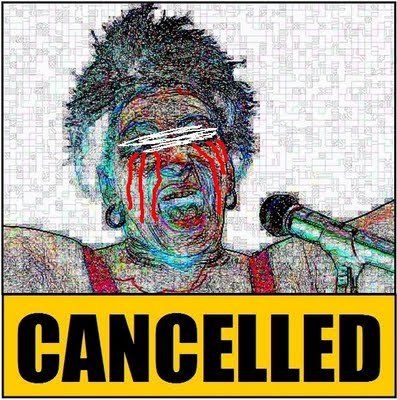 BASSEY is the first irrecuperable ghost metropolis, evacuated hurriedly at the signs of late peril. Its skins are an albino fabric and its eyes are literally cobalt. To dare to labour here is an adventure in self-cloaking. BASSEY moans in the disconsolate wind; its arteries open out to the gaping sky. How will we live now in BASSEY with the industrial blossom of its name so ridiculously failed.

BASSEY is a thread or floss that trembles above a ravine of parlous acoustic. Which are the birds and which the glyphs that alight. Shrieking with blast-agitation, BASSEY submits (as it must) to the alternative currents of militant tendresse. It is teased out of itself in the promise of a precarious love. Its principal likeness is to the last remaining sexual imperatives beyond reason.

BASSEY in remix is an instance of telegraphy in excess of its stations, like semen produced spontaneously in nature. The relays are of palomino horses disappearing out of range, maybe, or the lavish curlicues of a projected fan-dance committing itself to the dilated imagination. Deep down, everybody knows that this part of the transaction is flawed. How can a fact be more like a faggot.

BASSEY laid end to end is code for whatever is not yet sufficiently lavish in the task. Its characters and sudden scratches may be mistaken for a kind of fitting entertainer in the abrupt commission of her (or his; but, in fact, always her) apotheosis. More informally, it follows, the syntagmata of gossip or spasm. BASSEY is an episode of weather that remains unaired at the end of a cancelled season.

From BASSEY itself it may be inferred that in the end times, skin is the least mendacious disguise through which an experimental process may be advanced. e.g. Love letters written on parchment are automatically tautologous. BASSEY is a gauge to manual transparency and will rebalance the abundant deficits of sleekness; everybody upstream of here will be shirtless when we get there.

BASSEY persistently functions as a temporary window ledge, suspended out of context many storeys above the base liquid. Here, a loose colloquium of feral majorettes and slut savants can be seen to hunker, pondering approximately zero like remote ungulates stranded in an untended metropolitan labyrinth of artificial foliage. You do not get out without lip service. “Hey big suspended cadence.”

BASSEY having thrown up down itself turns left at the top of the stairs. There are snacks and movies and you can ask to see the dog’s hole. Ext., the vapour trails are perceived to spell out illegibly and posthumously a street artist’s tag in a font called Cilla Extended. In this image you are the wall. You are the plan B that there is no, and the arc’s end is world-submission, and the map is crawling with ginger ants.

BASSEY is a black box recorder finished in vellum with male secondary sexual characteristics. In setting one, the captured voices tremulate obligingly; residues of operetta may be distinguished. In two, the voices exist at the threshold of legibility, immersed all-of-a-sudden in a surging milk of additive white Gaussian noise. Come in, says a boy placed elsewhere, come in, come in.

Tied to a fence and pelted with sharpened entities [species redacted], BASSEY’s intense identification with the perpetrator excites suspicion. Much later there are ambiguous signs of rectal interference, and a new crowd is drawn to the site. An outlet is quickly devised for the purchase of memento foam fingers, branded ducts, a digitalis smoothie if you want. Show yourselves bitches.

There is an immense BASSEY, a soft mannequin, at the brow of a green hill. The nearest man-made object is a space artefact. The uncontested territory of its ambience affords a valuable opportunity to use the word ‘zephyr’. Such a BASSEY is the logo for a commercial freight of used corneas in a dirty heap. Those who trip over themselves to arrive in a rush on occasion fall limitlessly upwards.

We can only wonder at the unhappiness of BASSEY, stripped deracinated hollow mendicant, time-pummelled. Ragged children tug BASSEY’s beard, thieve its buckles, its numbers. Goldfingered dawn splits along its axis and immediately perishes; and synthetic night is a viscous preservative, a glue for life-enhancement. Face it: the etiology of BASSEY is a tranquiliser dart to the naked eye.

Yes BASSEY deplores hurt, but also is deplored by it. Beyond this point lie only unrendered splines and articles of dissociation. Rivulets of lymph in one part. The task ahead concerns discretion and blatancy in circuit. To know better the face of god by spitting in it, spitting your bad self out through your own loaded mouth. To scream viscera. To kiss and unleash, and to keep unleashing. 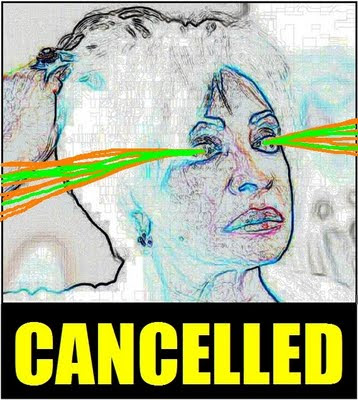