Wednesday 4th August: Mostly, no. Not quite today, not really. Never quite shed the feeling I woke up with -- my body apparently under the impression that I spent all of yesterday playing rugby. Against psychopaths. Weird that such a sedentary play should be so physically gruelling. Maybe when I'm less rubbish at it, it'll feel easier. Also, I've been deaf on-and-off in my left ear for the last week and a half -- I'm putting drops in and the last few days it's been a lot better but today it was back to square two, which was frustrating as well as, in its physical effect, disorienting and a bit draining -- it takes a certain amount of low-level effort just to stay tuned in to what people are saying.

A great conversation though with Karl and Andy at lunchtime, our first extended one-to-one (or two-to-one) chat in a while. They have an incredible knack for asking exactly the right question that allows me to articulate something I haven't even been fully conscious of feeling until they ask it. I'd described yesterday's dress rehearsal as feeling like dragging the toboggan back uphill, after a nice easy hurtle downwards on the previous Friday. But our chat brought some really useful stuff to light. I'm much clearer now, for the first time, on the difference between the journey through the play taken by the character of Chris and the journey taken by Chris the actor. I think I had been wanting to make those things dovetail or at least synchronize somehow, but actually that's not the task, and to try and make it the task is to try and pre-resolve a series of tensions that actually belong in the room for an audience to sit with. I think, provided I'm at all conscious, and certainly if I'm feeling better primed than I was at the beginning of yesterday's slog, I will be starting tomorrow in quite a different mindset. It's daunting again, but in an exciting way. 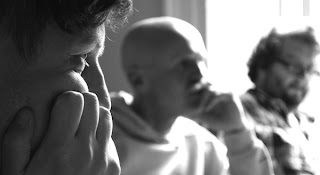 Self, Tim and Andy in rehearsals for The Author
Photo: Karl James

This evening, not quite wanting to go the whole hog and see my first show of the year, I pottered up the hill to the Omni Vue and watched Toy Story 3. For the first three quarters I thoroughly enjoyed myself and admired it but couldn't quite see why everyone was telling me it was so superlatively amazing. And then it went up a gear into the last half hour and... well, it was superlatively amazing, and then some. Even in 2D (and, given my bad ear, mono), that final stretch was so totally enveloping it was impossible not to feel awed by the skill of its making, the height of its aspirations, and the depth of its caring. I walked back feeling completely different about the world and, more importantly, completely different about 1pm tomorrow (our next show).

Home to find a lovely gift waiting for me -- a Dr Seuss book from Andy, following a conversation a night or two ago; in fact, two lovely gifts -- Tim, it turns out, along with bloody everything else he's brilliant at, makes great soup. -- In fact, three lovely gifts, if I manage to actually get the early night I've been looking forward to. Big day tomorrow, and I want to step up. I want to wake up in stereo, and breathe, and have the breakfast of a champion (if not a wonderhorse), and step the heck up. And if that works, I'm going to treat myself to a film at the Cameo afterwards. I don't even care what it is. Might buy myself some new Vans too. You're only young once, right? 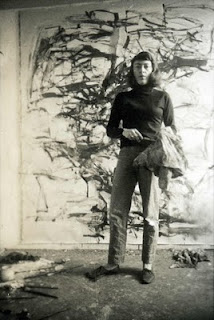 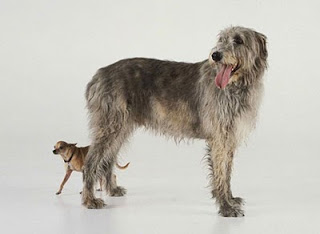 Dear Chris -- thank you for sharing this process -- it is heartwarming and terrifying and fascinating and gutwrenching to read about. It's such a risky, provocative, gentle, brave piece of work that you're part of, and I'm not sure I would ever want it to be easy for anyone involved -- but I guess that means it *should* always to be hard for you - alas, that's part of the deal. I'm struck, too, by your sympathy for the ones who walk out, who miss the end, given that your own character is also one of those (though not by choice).

I'm feeling quite poignantly the longing to be there this year, and so I'm relishing these stories, and rememering and imagining with you. Thank you.

Would love a bit more of this, when you have time.

Thank you for this - it is lovely to read thought and feeling so beautifully articulated. I envy you your work.