Fun times at the Klinker last night, where Jonny and I found ourselves sandwiched between two very different but equally delectable sets by Wolfgang (Mozart string quartet with improvised morphings and off-piste kicking-up of heels: high-smarts stuff, unsurprisingly given the four in question -- Alison Blunt, Susanna Ferrar, Sylvia Hallett and Hannah Marshall), and a trio under the ad hoc moniker of Flowers Thankyou (which should have been a quartet under the only marginally less ad hoc moniker of Bedshitting, but for the indisposition of Hugh Metcalfe). Fair to say, I guess, that Flowers Thankyou was/is one of those groups that exists only because the Klinker makes space for so much to exist, but what was really striking last night is how the acute informality of the Klinker, perhaps especially in its Tottenham incarnation, clears everything extraneous off the agenda, and allows unstrangled to the surface a palpable and contagious pleasure in the acts of collective music-making. It would be daft, or at least look daft, to get too high-falutin about the Klinker on this or any score, but I find increasingly I value it not just for its hospitality towards the sometimes extraordinarily marginal, but also for the way in which that ethic can realign a group of people in such a way as to make their time together feel totally and dependably central, absolutely at the heart of who and what we feel best about being.
Anyway, Jonny and I performed 'hand/mouth configuration schematic (ON THE FLY)', from the History of Airports book -- last few copies remaining, btw, so if you think you want one, don't delay -- and then something new which I spent Monday and most of Tuesday making. This ended up being a set of six graphic panels on a seasonal theme, and which I woke up last night realising should all along have been entitled Wonderful Christmastime.
A few folks were intrigued to see the scores, so I thought I'd post them here -- and if I get time later on I might upload the audio recording of last night's performance (provided it's OK -- haven't heard it yet). I'm pretty pleased with them. Before you click, please note the last is vaguely NSFW, though not stridently so.
If you feel like gathering around the piano this Christmas to perform these, or taking them on your carol-singing peripateses, be my guest. Send recordings!
Thanks be to Hugh for the invitation which led to these, and to Jonny, whose intrepidity and acuity in confronting this sort of stuff is really incredible. 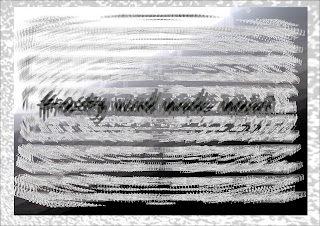 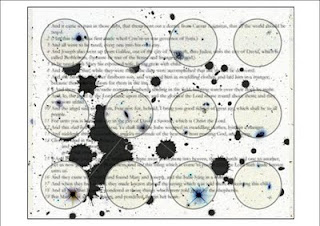 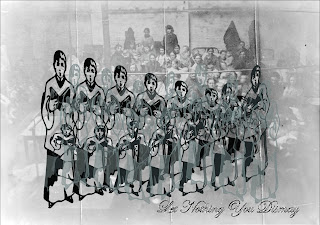 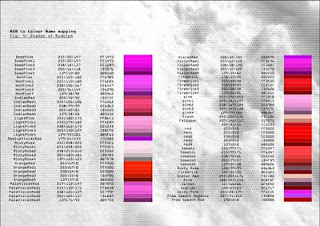 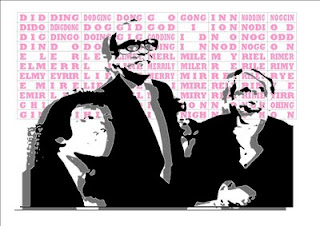 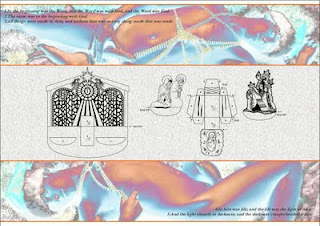