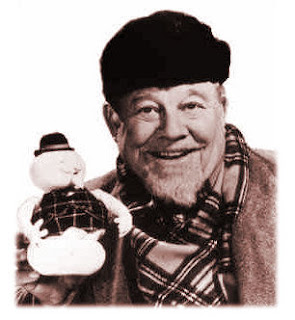 At university one year I did an odd little comedy show with some pals, and somehow we ended up calling our troupelet Celebrity Pork Circus, in honour of the purveyors of canned sub-Spam products. That's therefore a redolence that the word 'celebrity' continues to hold for me -- at some times more than others...
Which brings us to today's assortment of luncheon meat delicacies, doing (to borrow a cliche from the five million people who have said it at some point today) exactly what it says on the tin. Yes o yes, it's luminaries from the easy-listening world helping themselves to a small clump of classical chestnuts that happen to be roasting unattended by a perilously open fire.
And thus -- and with what surpassing pride and pleasure I find myself typing this sentence -- we begin with Neil Diamond having a crack at the Hallelujah Chorus. The effect this has on me is a similar kind of queasy cognitive dissonance to that which one would associate, for example, with watching those giddyingly inappropriate beauty pageants that feature eight-year-olds dressed like lot-lizard Fraggles sashaying across church hall stages and lip-synching to 'Girls Just Wanna Have Fun'. No lipsynching here, though. Nosiree bob! Though I do have a hard time not imagining Neil Diamond launching into this during moments of intimate congress, while the rollerblinds roll up and down and the refrigerator produces a shower of sparks. Yes, I am absolutely under the impression that Neil Diamond lives in a Weird Science-era John Hughes movie.
It can only be downhill from there, can't it? Well, yes and no. Or, more precisely, yes. Not one but two versions of Ave Maria: from Stevie Wonder, the Schubert version, and from the Carpenters, the Bach & Gounod. I very nearly love the Stevie Wonder, though the arrangement is awful pants and whoever that is playing the heavenly harp sounds like they dragged it out of a skip twenty minutes before the recording session. The Carpenters thing... hmm. I mean, pretty much everything they ever recorded sounds like Christmas With Martha Stewart  -- with the possible exception of 'Calling Occupants Of Interplanetary Craft' -- so it's difficult to locate the extra Crimbo Factor. But there's no getting past the quilted loveliness, no matter how hard you try.
And then we finish with something I've only just discovered, and which is a real revelation. British persons of my generation are most likely to know Burl Ives from the inclusion of his version of "I Know An Old Lady" [who swallowed a petting zoo for reasons that are never really clarified] on the classic children's compilation All Aboard. I've heard plenty of his very likeable folksy stuff since then -- and knew he was a more than decent actor, too -- but was astonished to find at the end of his Christmas album an excerpt from the crucifixion section of Handel's Messiah, done pretty straight and entirely without pretension. I think it's incredibly touching and rather gripping. I may be alone in that opinion, but for me, Burl Ives saves the day.
So, there we are. A mixed bag. But kindly intended; and smelling, I hope, only slightly of mechanically reclaimed pork, as Christmas surely should. -- So. Until tomorrow, my dears.
Track listing:
1 Neil Diamond: Hallelujah Chorus
2 Stevie Wonder: Ave Maria
3 Carpenters: Ave Maria
4 Burl Ives: Thy Rebuke / Behold... (from Messiah)
Posted by Chris Goode at 7:00 AM

Dear Chris,
Thanks so much for this and all the other advent offerings so far.
Today I am moved to write just to say that I am with you on the Burl Ives. Beautiful.
And Tom Noddy is still around.
What juletide pleasures Thompson's brings.
a
x