#11 Kelley Stoltz, Below the Branches 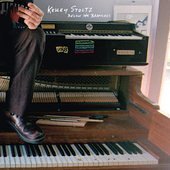 Darn good piece in the Guardian the other day -- actually not particularly good, but right-minded, which is even better -- complaining about all this Guilty Pleasures nonsense. (If you've missed it, it's pretty much like the rave scene round about September '88, but instead of blissed-out EMF lookalikes throwing elementary scalene shapes in a field just outside Trowbridge, it's a bunch of thirtysomething callcentre team leaders going fluffy-ape somewhere in Camden; and it's not KLF and The Shamen any more, it's Sad Cafe and the Doobie Brothers. If you look closely, however, you'll notice that the callcentre team leaders and the EMF lookalikes are in fact the very same people eighteen years apart. In fact I understand Denchy's moved to Faisalabad. But that's another story.) Come on, class, we've been through this a metric willion times: good stuff is good stuff and bad stuff is bad stuff. If you experience a mix of Guilt and Pleasure every time you listen to Eric Clapton singing "Wonderful Tonight", it's not because the frisson that's running down your spine is induced by the transgressive thrill of permitting yourself to bask in a musical sensation that's too long been prohibited by the metropolitan tastemakers; no, your "pleasure" is incorrect and that's not "guilt" (cue ironic smirking), it's "shame". Mmmkay? But: if you find yourself astrally projecting with confused delight when "Don't You Just Know It?" by Amazulu comes on the radio while you're in the bath, that's because you've responded adequately and humanly to a magnificent song, and if you feel guilt about that then you are betraying your fellow humans, and yourself, and all that is good and reasonable.

Which brings us to Mr Kelley Stoltz: who has favoured us with the year's most nakedly pleasurable record, under the auspices of the reliably life-enhancing Sub Pop. This is genuinely classic pop-rock songwriting, in the line of Paul McCartney and Brian Wilson and Billy Joel and Harry Nilsson and Jeff Lynne: though he can also turn in a neat Nick Drake-y figuration when he needs to. The production is absolutely spanking, more mo-fi than lo-fi -- in other words, absolutely nothing apart from the kitchen sink. That even sounds to me like a real harpsichord on "Summer's Easy Feeling", though it might not be and it doesn't matter any more. The best songs are those, like "Memory Collector" and the beachboysier-than-thou "Ever Thought of Coming Back", which are driven by thumping pub piano that recalls, who?, Neil Innes maybe, or Michael Nyman playing with the Flying Lizards, or any other baldy joanna-botherer who springs to mind, Neil Sedaka perhaps, or Mrs Mills. And ah! The slide guitar that propels "Birdies Singing" and delivers you safe into the hands of this year's most la-la-la-able chorus! And ah again! "There's a bell that won't stop ringing!" sings Stoltz excitedly, and Ding! Ding! Ding! goes a bell, sitting pertly on the top of the mix like the cherry on an individual bakewell tart. Just splendid. The only thing that misfires is the orchestral tuning at the start: but what a clever record, to get all of its wrongness completely out of the way in the first twelve seconds. If you honestly think The Feeling are where it's at, put two drops of Kelley Stoltz on your tongue and call me in the morning, I'll tell you what to do. Below the Branches: no guilt, just gingerbread.

#12 Tunng, Comments of the Inner Chorus 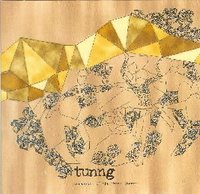 Well I wasn't going out of my way with this one, after I spent what felt like half my adult life trying to track down Tunng's version of "The Maypole Song" (from Paul Giovanni's justly celebrated soundtrack to The Wicker Man), and it then wasn't very interesting after all that. But this, oh, heck yeah, this is interesting. This feels awfully like the home where my heart is -- and presumably also, somewhere, my hat: but I'll look for that later. As you might expect from Tunng's attraction to "The Maypole Song", there's a tremendously satisfying sort of bucolic twanginess to this album, though any mulchiness is capably offset with odd iced-gem niceties of digital tweakery and assorted squelchtronica that reminds me (though sadly not in high-resolution detail) of whatever poem it is in which whatever poet mentions "blips and smears of sheepshit" or whatever the line is, or whoever it turns out I am, finally. What's really striking is how the delicate interplay of acoustic and digital is applied again and again to a programme of immense tenderness: just listen to the smidgen of timestretching in the voice that recalls "Jenny, so-o-o shy" at the start of "Jenny Again". I don't know how pointed and/or winking is the sample at the opening of "The Wind Up Bird" in which a cross man declares: "The books have nothing to say!" -- but Comments of the Inner Chorus is the closest thing there's been to a Books album this year, which is, I hope, a nice thing to say about it, and about them, and about everyone within earshot. 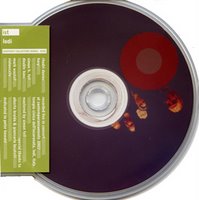 I've only heard IST live twice, I think, but I pretty nearly died both times. You just stop breathing. You're there on the edge of your seat (yes, you're probably sitting down, there's not much of a moshpit to speak of) trying not to breathe in case you're louder than they are but you've already stopped breathing anyway because of the quickness, the anticipation, the precipitous angling. IST are the improvising string trio of Rhodri Davies (harp), Simon H. Fell (double bass) and Mark Wastell (cello); the three substantial tracks on Lodi were recorded in 2002 -- four years on from Ghost Notes, their previous (extremely fine) CD, which was anyway mostly composed material -- so this is at any rate a rare and valuable record of a vitally important group, but it also, more particularly, indicates the currents and tendencies of development in their collective language in the years since their earlier disc: and to some degree it also reflects the largely parallel shifts in focus and emphasis that had come to prevail more widely (though not as dominatingly, perhaps, as is sometimes reported) in the improvised music scene in London at that time. To specialists, then, this release will appear exactly crucial: but it deserves, and will endlessly repay, the attentions of any alert and interested listener. The textural world of Lodi is sometimes abrasive, often eerie; sometimes conversational, sometimes profoundly reticent. A very real and impressive intimacy is possible: by which I mean you can get extremely close to this music: and it is encouraging of that -- not at all of the rebarbative or hermetic or boffiny character you are sometimes led to expect. The technique of these players is astonishing, but that's effectually one of the least important things about this challenging and bountifully rewarding, beautifully made disc. (Order from Fell's own Bruce's Fingers web site.) 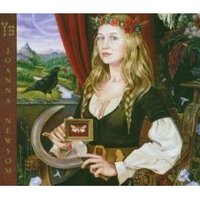 Ys is the one record that's made every list of the best albums of the year -- mostly higher up the register, in fact, than it is here -- and there's little point in saying much more about it. Honestly, for me, it's more an admirable than a likeable record, though there's a spirited and congenial quality to the (wonderfully clever and idiosyncratic) lyrics which I find I warm to. I applaud its ambitiousness while feeling a little bit cool about its largeness: I think I like music to be more nimble than this, one way or another, more slender or sinewy. Maybe Ys just isn't very sexy: whereas Newsom's previous album, the underrated The Milk-Eyed Mender, is as sexy as all get-out. Ys is just too picturesque and self-sufficient. I suppose what I'm nearly but not quite saying is that it's a mid- or late-career album that Newsom has arrived at prematurely. Perhaps we should hope that the trade-off will turn out to be that in fifteen years' time she's playing harp like Rhodri Davies. Whatever my misgivings, though, this is a truly remarkable piece of work, frequently astonishing, certainly up there with Deserter's Songs and Tilt as an instant modern classic. (But... hands up if you listened to either of those albums at any time in 2006.) 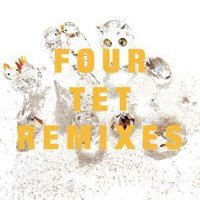 Cut to that heart-mangling moment in Mike Leigh's Naked where David Thewlis as Johnny, prowling the streets of King's Cross after dark, asks Ewen Bremner's Archie, a ticcing timebomb in the shape of a dashboard troll: "What's it like being you? Bit hectic, yeah?" Thus, Kieran Hebden, or Mr Tet to you. Is this man some kind of special envoy from the Busy World of Richard Scarry? It's not that his sound worlds are (often) frantic, just he seems to do so much, and in such detail. I've been enjoying his stuff for a while now, particularly since the excellent Rounds in 2003. If you don't know Four Tet, that album might be the place to start; this set of Remixes probably isn't. Which isn't to say it's unsatisfactory in any way, or difficult or discombobulating. It's just, necessarily, a pretty jumbly sort of 30p mix. One disc has a selection of Four Tet mixes of other people's stuff; the other has a selection of other people's mixes of Four Tet stuff. There's an interesting book to be written on the development of remix culture (though not by me), or maybe there is one already. What strikes me particularly in respect of this collection is that I grew up on the idea that a remix was an opportunity to deconstruct: whereas by now, the people who are most embroiled in these circulations are tending to make work that sounds kind of deconstructed already, just about to fall to bits, all its organs hanging out. And in an odd way here it's the remixes that try to make something cohesive and elegant out of the supplied kit that work best: Manitoba (the artist presently known, for legal reasons, as Caribou) whips up "Hilarious Movie of the 90's" into a video game made out of pavement-flavoured jellybeans and marshmallow the colour of Edwardian fog; those smart cookies Icarus transform the fidgety cutlery-drawer agitations of "My Angel Rocks Back and Forth" -- the original of which sounded like Darth Vader sitting in with Clannad* -- into a pedal-to-the-metal psychodrama complete with severed Japanese head and a Meccano effigy of Steve Reich's right arm. Of the Four Tet renderings, there's a particularly discriminating, slightly old-fashioned remix of His Name Is Alive's "One Year", which I love, and another good call from Bloc Party (who already had quite a few bonus points for letting The Go! Team have a fiddle with their "Positive Tension"): Hebden engineers in the home stretch of their "So Here We Are" as rapturous a cloudburst as you're likely to experience anywhere this Christmas. You can't sing along with anything on this album, but I suspect if you turn it up loud enough and concentrate with sufficient fixity, you may find you suddenly project out of your forehead a small sad looping holorecording of Carrie Fisher, probably going: "What's it like being you? Bit hectic, yeah?"

(*This will presumably come to pass when everyone's favourite Dark Lord of the Sith takes over the presenter's chair on Later from Jools Holland, who will have been bludgeoned to death by, oh, I don't care, that big-faced gak-hoover from Keane perhaps, I don't mind if he gets sent down.)
Posted by Chris Goode at 10:14 PM

"...certainly up there with Deserter's Songs and Tilt as an instant modern classic. (But... hands up if you listened to either of those albums at any time in 2006.)"

p.s. That was supposed to be my hand.