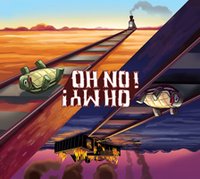 This small but beautifully malformed bunch of fellows from Austin, Texas are definitely on the up-and-up, as evidenced by the fact that they clinch the coveted Thompson's #41 slot while The Flaming Lips, for whom they opened a couple of shows earlier this year, find their own overeggy (and undereasy) 2006 release has garnered them a grand total of Mestingua Condoriosis Squat. This is impeccably good-natured, marginally off-kilter longsleeved-cardigan indie stuff; it may not see you through the winter, quite, but break it out again round about the third week of March, and it'll make you want to dance in a diffident sort of way on your roof. If that sounds like faint praise, let's be clear, if you're dancing on your roof, diffidence may be the best policy. Two words, people: Health &/or Safety. 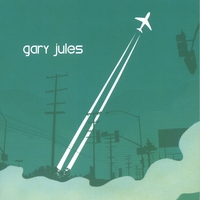 Another self-titled album, making this region of the chart look suspiciously like it's been badly administered. Anyhoo. If Mr Jules is right now wandering around the tradesmen's entrance of your memory, looking a bit lost, permit me to help you out: it was his tremulous vox on the Donnie Darko rendition of 'Mad World' that improbably secured the Christmas No.1 single a few years back. This is Jules's first album since the splendid (if freakishly titled) Trading Snakeoil For Wolftickets, which earned a reissue and a modicum of attention on the back of the big hit; this one's perhaps not quite as strong or as supple as the last, but the writing is secure and his delicate performances are nicely recorded. Highly recommended if you secretly quite fancied Yusuf Islam's comeback album this autumn but feared it might be a bit raucous for you.

#43 Babybird, Between My Ears There Is Nothing But Music 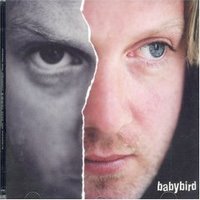 Stephen Jones was very very interesting for quite a long time, first as a member of the important Sheffield performance company Dogs in Honey, and then with the series of (desperately fragile and cheery and occasionally psychotic-sounding) lo-fi solo recordings he issued on a series of limited edition CDs in the mid 90s. Then he inflated his Baby Bird moniker to accommodate a proper band like, and they did the vastly misunderstood "You're Gorgeous" and a couple of quite crumby albums and by that time he wasn't very interesting any more. Then there was a pretty interesting album called Bugged in 2000, with big widescreen songs and Imax production values to match: but by that time no one was paying much attention. And I don't think anyone's paid much attention ever since. But this newest, rather unexpected (I assumed they were all dead), album shows that he's still, at his best, an immensely capable songwriter, with a nearly unerring feel for a pointy hook or a rumbly groove. So we end up at a sort of paradoxical conclusion: that this album is definitely worth paying attention to, but he's also clearly one of those artists who can only produce his best work when nobody's paying attention. Luckily for me, I am writing this paragraph in the style of Matthew Collings, for a bet. Except I'm not. Or am I? Perhaps it doesn't matter. But actually, yes I am. Or, actually, am I? And if I don't know, can I still win the bet? 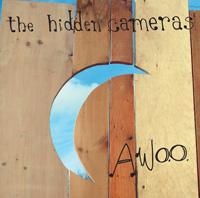 The Hidden Cameras are gay and Canadian, so this was probably never going to be a candidate for Difficult Listening Hour. I became aware of them a couple of years ago when their track 'Boys of Melody' suddenly seemed to be everywhere [& it cropped up just last week on the Shortbus soundtrack], and was in due course a bit surprised that such a gracious and appealing song should have arisen out of a band who seem to come across in interviews and articles as kind of obnoxious. Perhaps they're just young, who knows? At any rate, this is a lovely album, not totally consistent but three or four tracks really hit some heights and you end up feeling warmly about them, however cool you were on arrival: so shake the snow off your Mountie boots, or rearrange that instruction into a well-known phrase or saying, and perhaps have a stab at singing along with the title song, which is as good-natured a thing to come out of Canada since Nate Dorward came to town for Total Writing London -- and, before that, of course, the largely underestimated Asses of Fire. 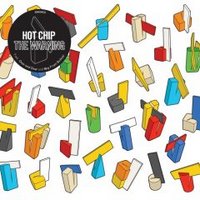 It was revved-up theatre magus Liam Jarvis (of Theatre Trash) who first tipped me the wink about Hot Chip -- at least I think that was what he was doing... Two-and-a-half years later and this all seems a bit well, duh. I mean, this album was nominated for the Mercury Music Prize, which is a bit like being kissed by your auntie in front of all your mates. Though not with tongues. Still, a kiss is just a kiss, and a man's a man for a' that, and whichever way you slice it, The Warning is a gorgeous album on the ear. The songs may fall unarousingly between the opposing stools of insistence and elusiveness, but their soundworld is so deep and shiny it's like visiting some weird futuristic organic farm where E-numbers grow in strands on the trees. What am I describing? I'm describing a kind of Quorn Wonderland. Maybe that's the nature of 'the warning'. Ultimately it bugs me that they sound so cool and uneffortful, when classic synthpop was never about disengagement, it was always critically concerned with the social and political circumstances of its own manufacture and aesthetic. I think it's possible that in fifteen years, The Warning will occupy the same cultural position as, say, Vangelis's album Fruits de Mer. Not that such a Vangelis album exists, as far as I know.
Posted by Chris Goode at 12:09 AM