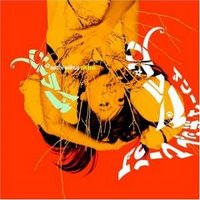 I know I wasn't the only person instantly seduced by Asobi Seksu right from the get-go: the opening track, "I'm Happy But You Don't Like Me", on their first album, a couple of years ago, bounced around the interwebulosphere like a veritable squash-ball full of wildfire. (Captain Ignoramus here initially made the twitty assumption that Asobi Seksu was the name of a solo female vocalist, rather than a full band; given that actually the phrase translates roughly as 'Casual Sex', we should hope that not too many fans have made the same error and so-named their firstborns in tribute -- Lord knows it was hard enough growing up with the moniker Captain Ignoramus.) Anyway, no no no, they're a New York band who find a groovy thirdzone between -- to these ears -- Stereolab and My Bloody Valentine, with genially expansive schoolgirl melodies scribbled over the top of some lushly (and sometimes Lush-ly) insistent slabs of reverberant guitar-band thrumming and bags of pedal-power. Citrus starts and finishes staggeringly well while losing its identity a bit in the middle; but more to the point, Asobi Seksu are exactly the kind of band you wish your best mate played in, so you could root for them, and hang out with them, and have swoony inappropriate fantasies about whichever of them seems shyest and/or has the best hair, and do little cartoons of them on the cover of your maths book: and the good news is you can probably do most of those things even though your best mate almost certainly doesn't play with them, the swine. 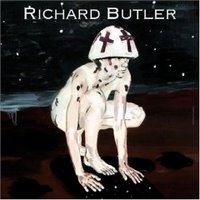 Richard Butler by Richard Butler, what can one say about Richard Butler by Richard Butler? I just like typing his name. I know I'm hardly a stranger at the Hyperbole Bar & Grill but it is literally true that there is no male voice in the rock pantheon that I'd sooner listen to than Richard Butler's, and, fortunately for all of us, that voice continues to emerge from the lower regions of the face of Richard Butler, who has this year released Richard Butler. Loving him as I do, I bent a forgiving ear towards him while The Psychedelic Furs (with whom he sang, if you've only just woken up and nobody's making coffee yet) drifted off into their dotage and Love Spit Love, his subsequent band project, footled their way through the mid 90s to no particular effect. Initially, Richard Butler seemed no more impactful than that output, though it's very nicely (if perhaps a little over-tastefully) produced by Jon Carin, ex- of Industry; I was ready to file it alongside, for example, John Cale's ProTools fiesta Hobosapiens as a perfectly respectable record produced in good faith by an artist who would have rejected that perfect respectability outright and with some violence thirty years earlier: so that the disappointment is sort of with life rather than with the people concerned. Nonetheless, I've warmed to Richard Butler, which does, after all, repay repeated and attentive listening. It's too often sluggish and vague where Butler's voice has always been set off best by penetratingly focused writing and playing. But the vocals are front and centre and he never once sounds like his heart isn't in it -- he could, of course, sing the Chicken Tonight jingle and make it sound like the greatest heartbreak in the western world, and perhaps one day he will, but in the meantime there's enough in this album to keep drawing me back, where other, more immediately sensational, albums have long since given up their secrets and the ghost. 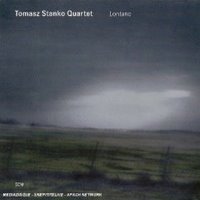 As with Richard Butler's Richard Butler, there's so much high-class reflective sheen on the surface of this recording, it's a little surprising not to find Kelsey Grammer chopping out a line or two on it. But with Tomasz Stanko, you expect nothing less: he's been more or less star centre-forward for ECM for a good ten years (and in the squad for, what?, 30 maybe), and there's never been a more cogent match between artist, producer and label. (It helps that producer and label are essentially one and the same Manfred Eicher, of course.) There are countless instances of the ECM aesthetic -- the audio equivalent of huge expensive coffeetable books of tasteful photographic landscapes and the odd unrevealing nude -- appearing unattractive, conservative and downright icky; but equally, there have always been great and distinctive artists -- Eberhard Weber and Arild Andersen being my particular favourites -- who have found in its catalogue the right balance of home and abroad, as it were, and in Lontano, the extremely fine Polish trumpeter Stanko has delivered an album that seems to take him further out than he's been for a while. The language and the range is freer, both in terms of improvisation and ideation; the group-play is unbelievably secure and nuanced, with pianist Marcin Wasilewski offering an especially crucial mix of authority and sensitivity. As ever with (the best) ECM recordings, it's vital not to be seduced by the balanced and unobtrusive character of this album and relegate it to dinner-party music: it's only when you have a moment-to-moment relationship with its many human narratives that you begin to come into an understanding of what Stanko and his quartet are up to. This album is not going to knock down any barricades but it means exactly what it says, and, particularly in idiomatic European jazz, that's rare enough. 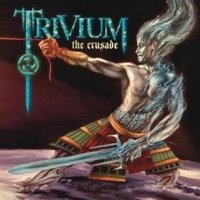 And now for something completely different. It's very rarely these days that I listen to metal, or at least out-and-out metal -- as opposed to the gleefully deconstructive approach of System Of A Down, say, or the thwacking melange of mimickry and gimmickry that is Fantomas. But all that strenuous cleverness can have a boy reaching for a Ritalin patch and dreaming of a kinder, more nakedly preposterous time -- more tongue, less fork -- when it wasn't necessary for a metal band to build in a sardonic critique of their own postures. Welcome back to Trivium, everybody. I always forget they're American, there's something so, I dunno, so deliciously East German about them, the earnestness, the unstintingly overblown religiose quest narratives, the personal styling...: everything about them says pimp my Trabant. I was gaga for last year's Ascendancy, which was the first time I'd heard them, and indeed heard of them; this new record has perhaps lost a little of the hell-for-leather recklessness of that last album, but while it took me a couple of weeks to tune into the more mainstream flavour of The Crusade, I've really come to like it a lot, even its overwrought melodic choruses. Really of course this stuff only makes sense when you play it so loud that you feel like it's trying to practise the Heimlich manoeuvre on you -- and in a shared terraced house in Stoke Newington that opportunity does not often present itself. Rest assured, as soon as it does, you'll know about it.

#35 Sophia, Technology Won't Save Us 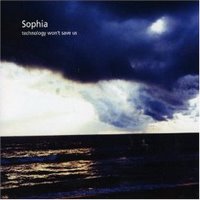 OK, hands up who forgot about Sophia? I'd been that rarest of flowers, a casual supporter of The God Machine, a band of whom you weren't considered a real fan unless you'd tattooed their complete discography on your eyeballs with the jagged edge of a rusty tin can lid. But I felt a pretty deep (and, it goes without saying, slightly pretentious) connection with their first album, Scenes From The Second Storey -- I was 20 and unlucky in love, we've talked about this... And so when The God Machine had to end, and the band's leading light (a phrase which in this context has to be taken as a synonym for 'impending doom'), Robin Proper-Sheppard, began a new band project called Sophia, I was keen to hear the results. That first album, Fixed Water, was good but not great, and I guess I wandered off -- and, in so far as I thought about it all, assumed they'd done the same. Well, nuh-uh. Technology Won't Save Us is their sixth album, and there's something immensely cheering about rediscovering them at this late stage and finding that they still sound pretty much the same. There's a fair bit more gumption behind this new record than the somewhat drippy Fixed Water, something of the driving cinematic quality of The God Machine at their best; the instrumentation is more various here and the songwriting occasionally and rewardingly makes a break for it. And Proper-Sheppard, quite magnificently, still sounds like a 15-year-old singing songs in his bedroom about how hateful everyone is, with the possible exception of Camus. This is not the 35th best album of the year but it means a lot to me to have heard it, more or less out of the blue, and to like it as much as I do.
Posted by Chris Goode at 2:51 AM